Warning: To enhance the user experience on this site we use cookies.

I agree I disagree

Rentel is the first wind farm that was developed by Otary. The Rentel wind farm consists of 42 turbines capable of producing enough sustainable energy to power 300,000 Belgian homes on an annual basis.  Located between the Thornton and Lodewijck banks, the Rentel wind farm has been fully operational since late 2018.

The concession for the Rentel wind farm was granted in 2009. Otary acquired the permits for the project in 2013, and the financing of the wind farm was completed at the end of 2016. Construction started in 2017 and resulted in 42 fully operational wind turbines in November 2018. Otary coordinated the development, financing and construction of the Rentel offshore wind farm from start to finish and now takes care of its daily management.

About the cut-out windspeeds

“The RENTEL wind turbines type SWT 7.0-154 are equipped with the “high wind ride through” software, which replaces the fixed high wind shutdown threshold with an intelligent load‑based reduction in output power at some storm-level wind speeds. This feature protects both the turbines and the grid stability by gradually reducing production in case of storms. The mechanism starts operating at wind speeds of 23,5-31 m/s and leads to a shutdown at 31-38 m/s”. 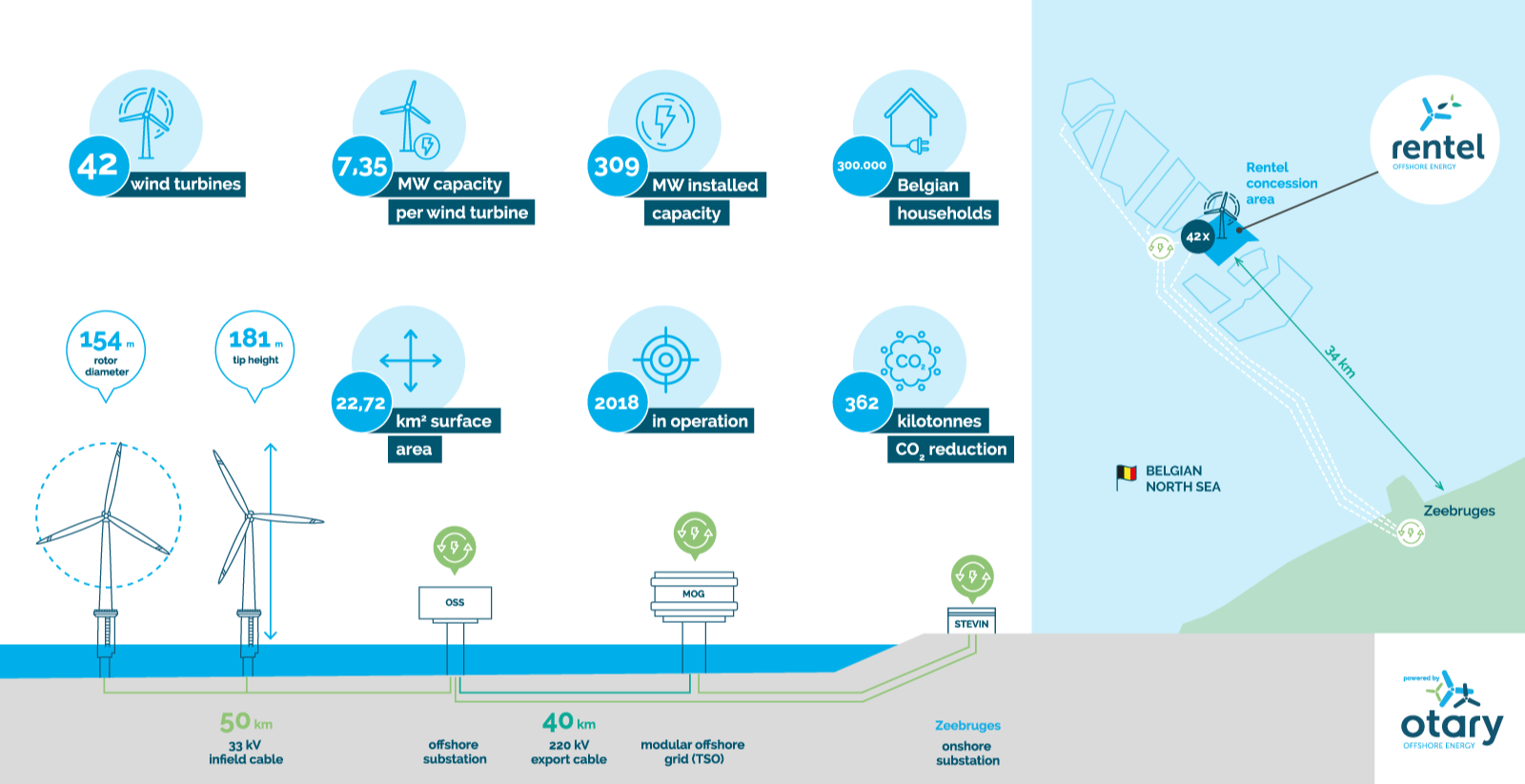